The Creatures of Eden. Foxes. Butterflies.Damselflies.Bolan. 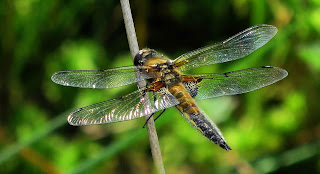 ALL PHOTOS CLICK FULL SCREEN
Welcome to micro world and the creatures within it. Dragonfly on twig. 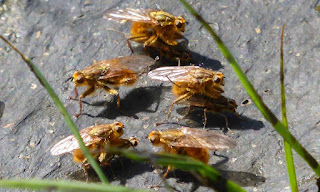 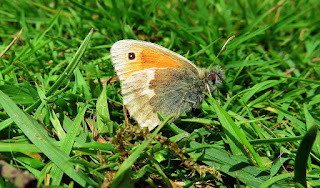 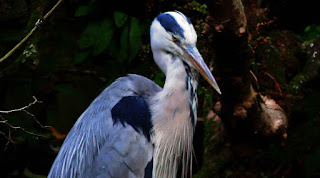 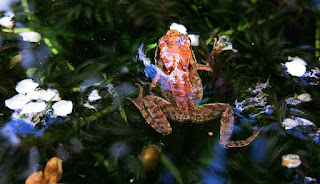 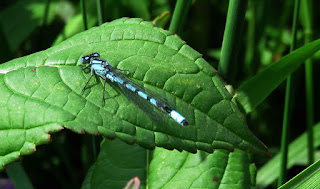 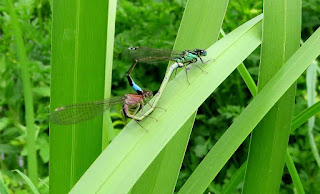 A pair of Damsels. 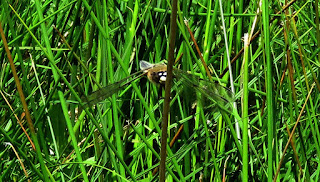 Dragonfly. Apex predator of micro kingdom hiding behind dead reed waiting for a meal to pass 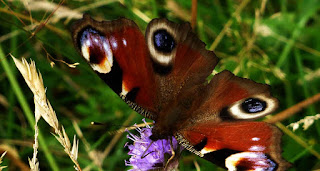 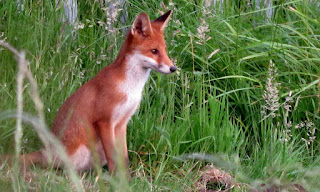 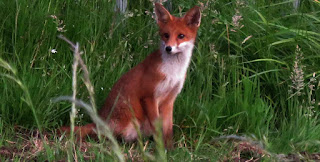 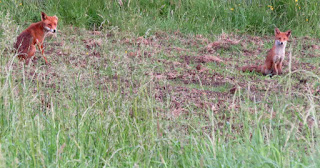 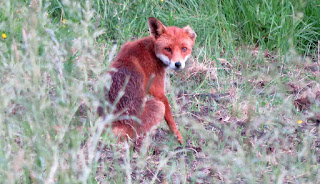 Parent fox has lost an ear. Perhaps in a fight with a dog, cat or other fox... or maybe a human with an air rifle which can inflict a lot of damage to wildlife. Not an easy life being an urban fox at times. 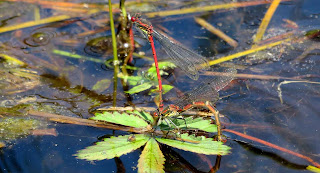 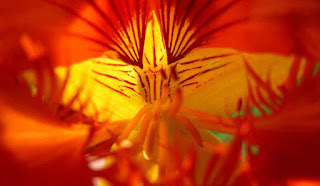 Red Dragon. Inside a Nasturtium flower. 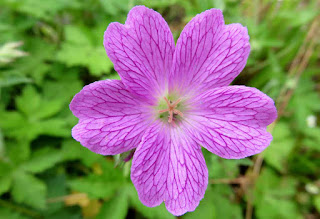 There are patterns, everywhere in nature. 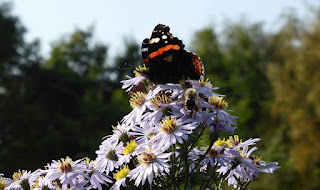 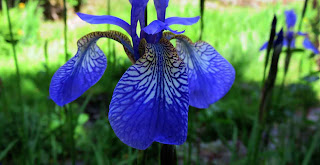 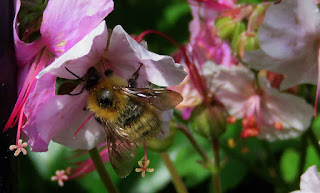 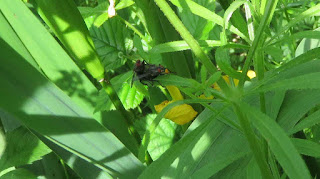 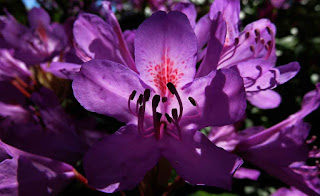 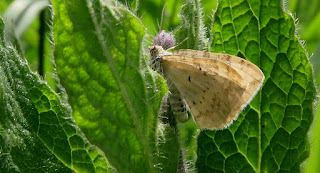 In keeping with this post here's a good match. I normally prefer to find modern music people may not have heard before but after reading the "Ride a White Swan" book about Marc Bolan, mentioned in the Arran posts a few weeks back I got all nostalgic. In my early teens I discovered underground cult band Tyrannosaurus Rex. Four wonderful LPs released in the late1960s created a rich world of the imagination filled with visions of Camelot, Tolkien,Celtic mythology, English rural landscape and pagan rituals involving apples. One thing about Bolan's lyrics and music that comes across even today is his unique ability to pick and match words in an unusual fashion and create songs that just feel instantly happy and likable. Subjects and songs are childlike, delicate butterflies yet written with great style and verve. This is the full album but even if you just listen to the first three songs, which are very short, you get a glimpse of the world created within these records. Like musical sunshine pouring into a 14 year old's bedroom, instantly banishing the rows of tenements, gangs and graffiti outside. Exotic stuff and it still sounds like nothing else around. Four full LP's released in 2 years between 1968 and 1970, every song written by Bolan but aided by Steve Took's creative invention with instruments and versatile backing vocals on 3 is good going by anyone's standards. Few artists are this fully formed musically at such a young age. I always thought that David Bowie learned a lot from Marc Bolan who had a full career arc, rise and fall, in front of him before Bowie really hit his stride at staying ahead as a pioneer in the reinvention game.

The complete walking and cycling Guide book to Glasgow Outdoors. Over 60 routes around Greater Glasgow and 165 original colour photos. £1:99.
http://www.amazon.co.uk/s/ref=nb_sb_noss_2?url=search-alias%3Ddigital-text&field-keywords=A+Guide+to+Glasgow+Outdoors.+Bob+Law

Nice collection of nature photos! You definitely saw a lot of insects and critters. Love the fox photos.

Cheers Linda,
Just a lucky evening stroll finding the fox family out and about.

Those wings are glorious. Nature is so beautiful, right? And that adorable fox. Makes me wonder why they're always the villain in children's story books. :)

Hi Lux G,
Probably foxes are villains, like weasels,stoats,and wolves, because they kill and eat chickens, geese, rabbits,lambs etc which are all raised for people to eat. Anything that steals food from humans is bad... anything that we can eat or makes food for us is traditionally good. Lamb of God,Dogs(as they can hunt for humans) Bees,(make honey, pollinate crops)Ladybirds(Pretty,eat crop pests)... the list goes on depending on visual beauty or usefulness :o)

Great fox cub shots especially, but they're all great. Did you really get your nose so close to a cow clap or do you just have a great zoom? ;-)
Carol.

Cheers Carol,
New camera is good at landscape zoom shots but not as good at micro zoom. I have to get really close up to small subjects which can prove tricky. 3 to 4 inches away before it takes a clear shot but the clarity is excellent when I do it that way. Depends if the bugs keep still and I'm pleased with these.