I am Dorothy and I live in Oz. Springtime comes to Renfrewshire 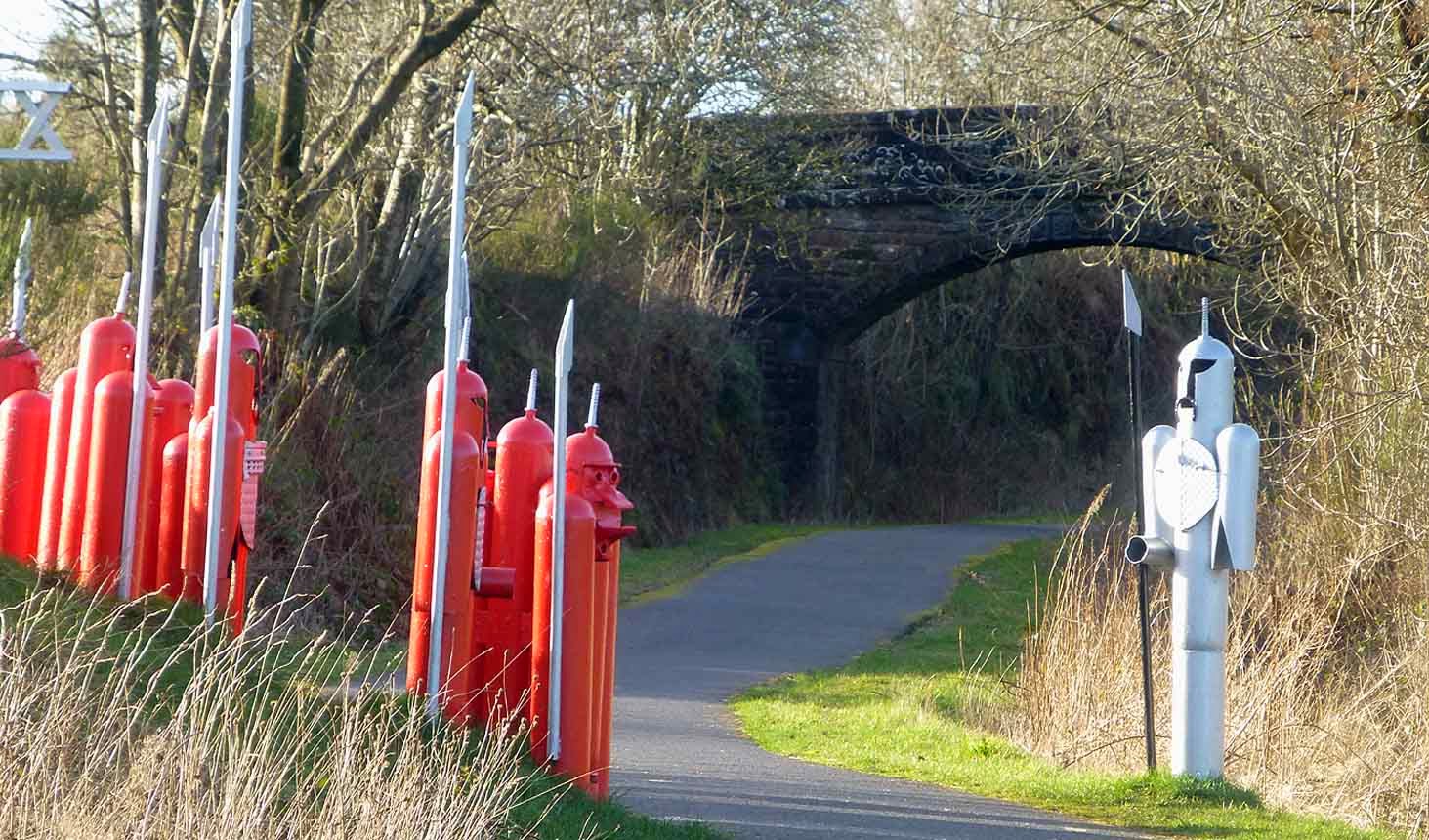 To film the Wizard of Oz MGM went to extraordinary lengths to create the magical land of L.Frank Baum's imagination drafting in hundreds of animals, oddball characters, wicked humans, little people and a road of yellow bricks. It was a very expensive film and was a commercial flop when released in the cinema. The public and critics at the time didn't know what to make of it. Now it's a classic and is in most children's DNA of a certain age due to being a Christmas favourite for generations of families on TV.
Dorothy reached the emerald city by travelling along a painted golden highway to find her wizard and return home. It cost a fortune to assemble the cast of thousands and was a complete fantasy. For instance- the "snow" that saved Dorothy and Toto from the evil poppies was actually composed of 100% industrial grade asbestos flakes that the actors unknowingly rolled around in. The "wicked witch" was set on fire accidently during the film and was badly burned, ending up in hospital: even her stand in was blown up and burned during one scene. The original actor playing the "Tin Man" was poisoned with the toxic metal powder that he had to wear on set and was replaced when he fell ill. It was a busy hospital as fantasy was a dangerous business in those days. 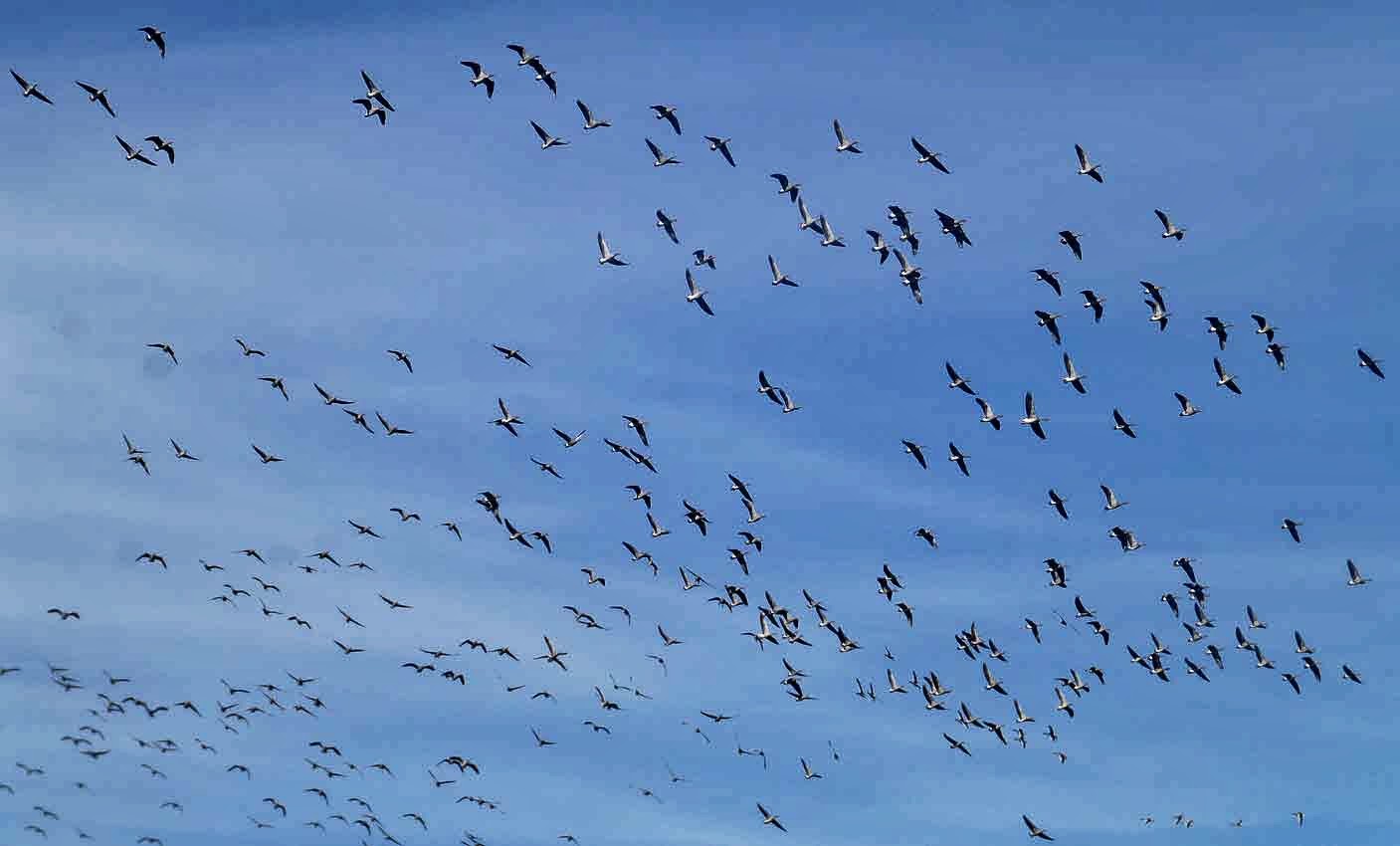 I am the real Dorothy and I live close to the real land of Oz.
Flying monkeys 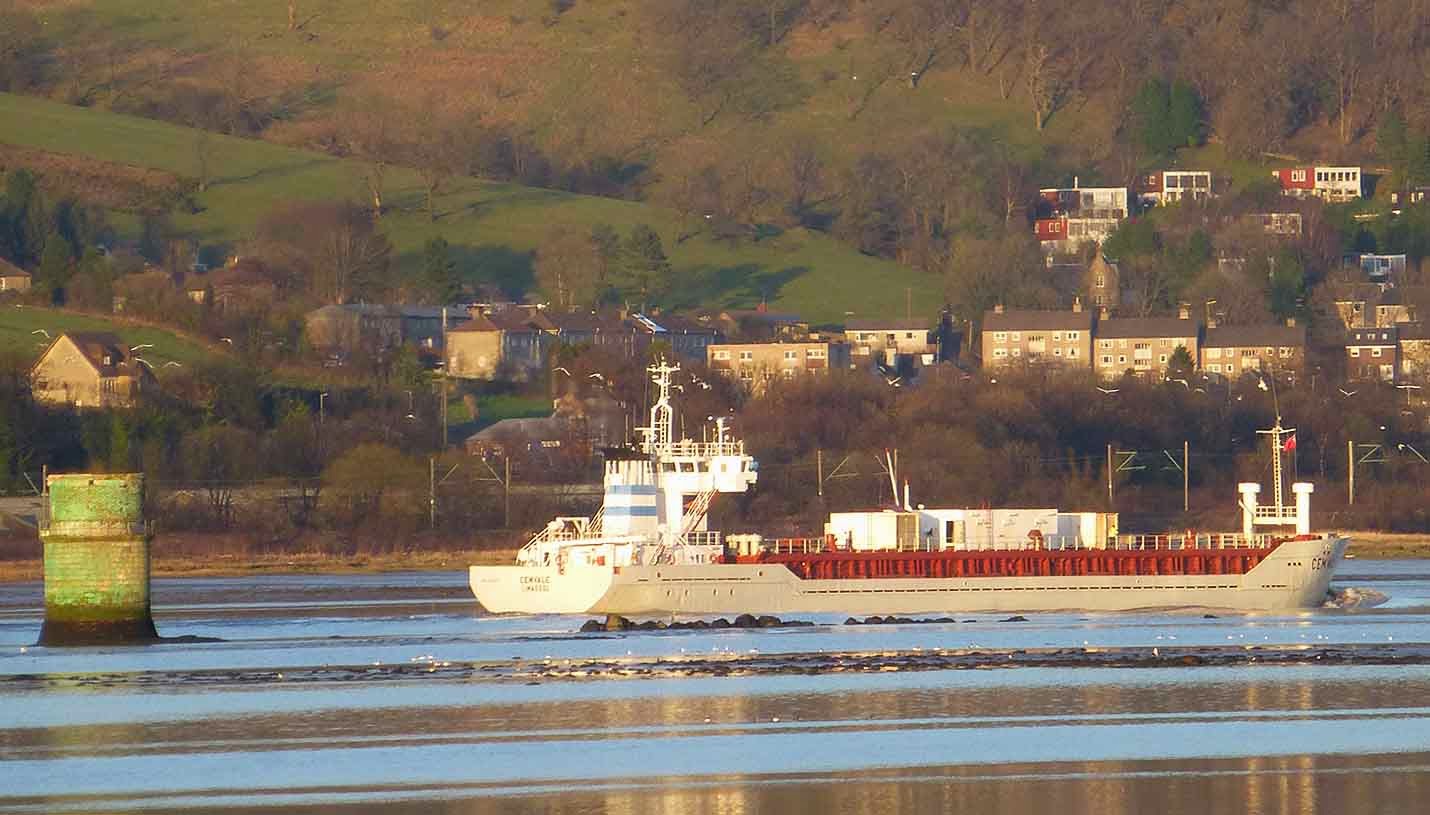 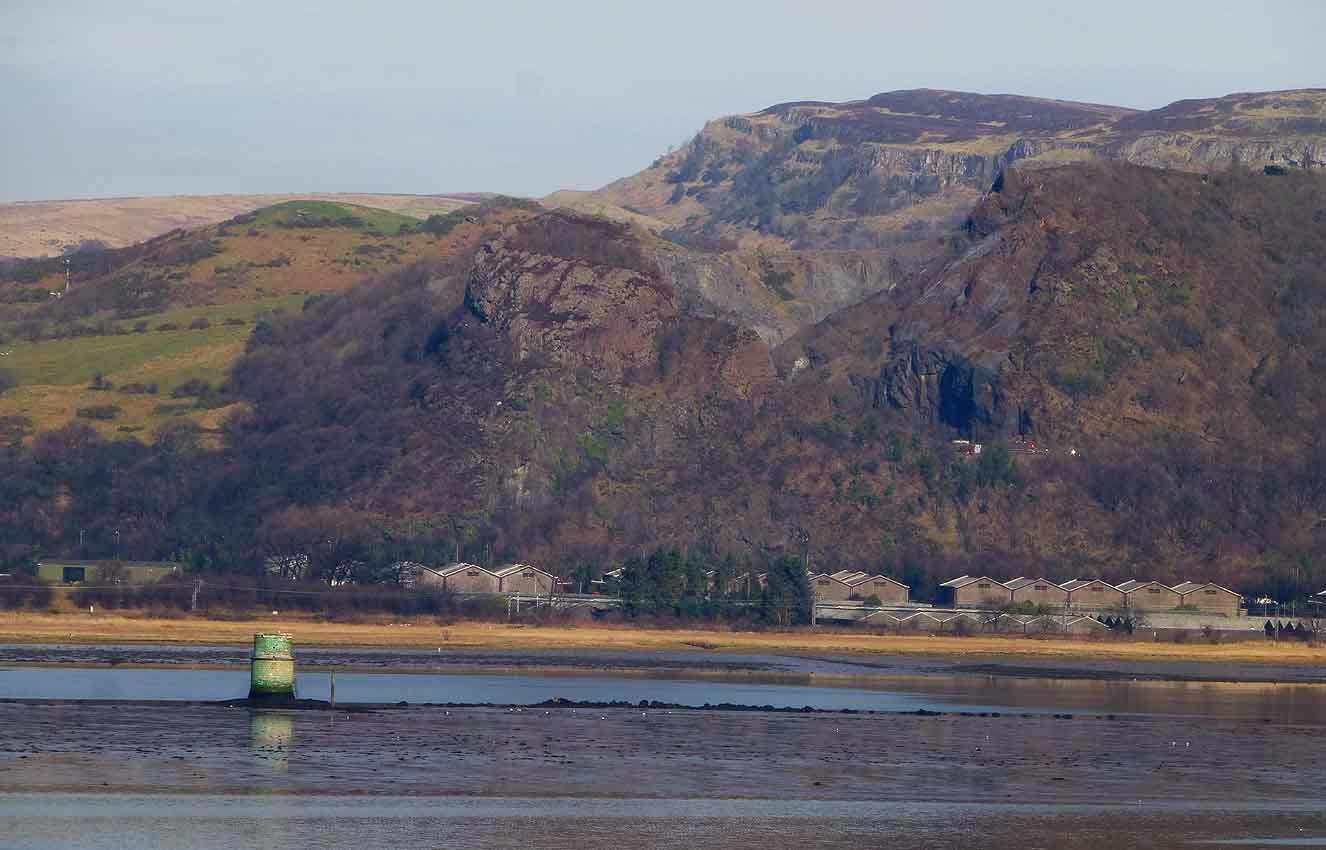 I arrive at my magic kingdom by cycling across a curving bridge that spans the sea
Witches quarry above. I can also walk on water here as you know 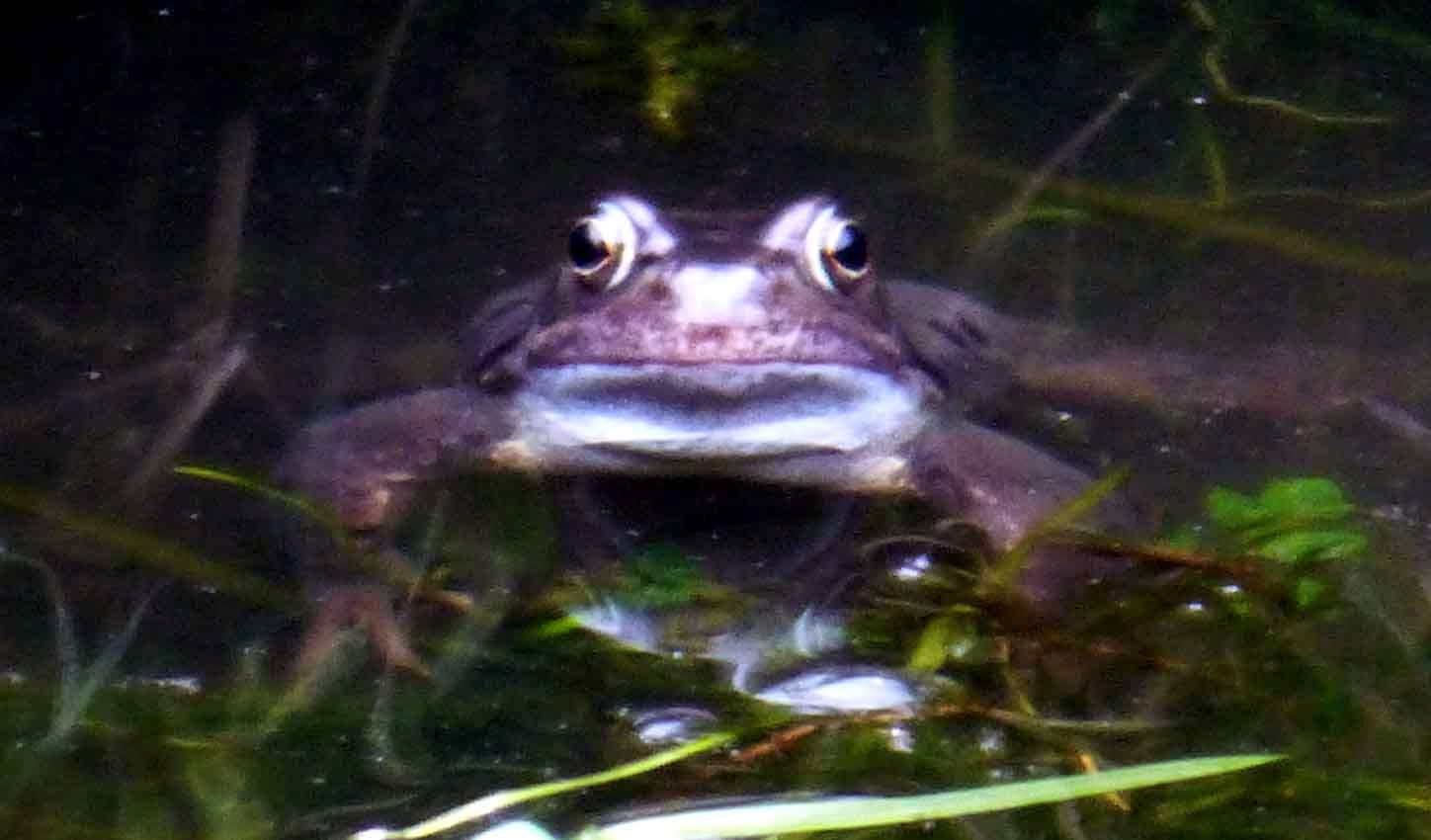 A hidden spy of the wizard 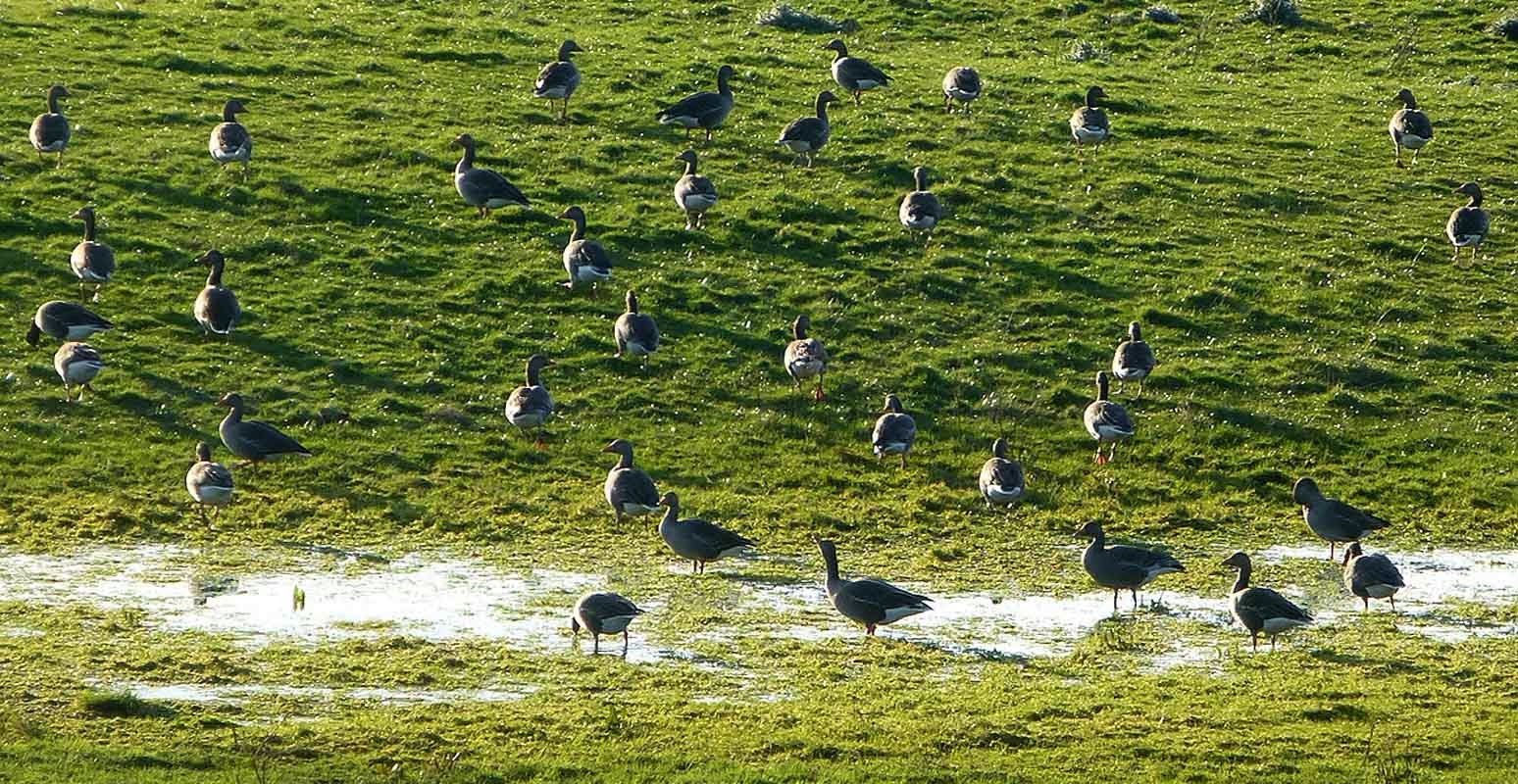 The animals arrive as soon as I do and introduce themselves with little fuss.
The flying monkeys were double booked so I had to settle for geese- several thousand geese.

They had a captain in charge to keep order 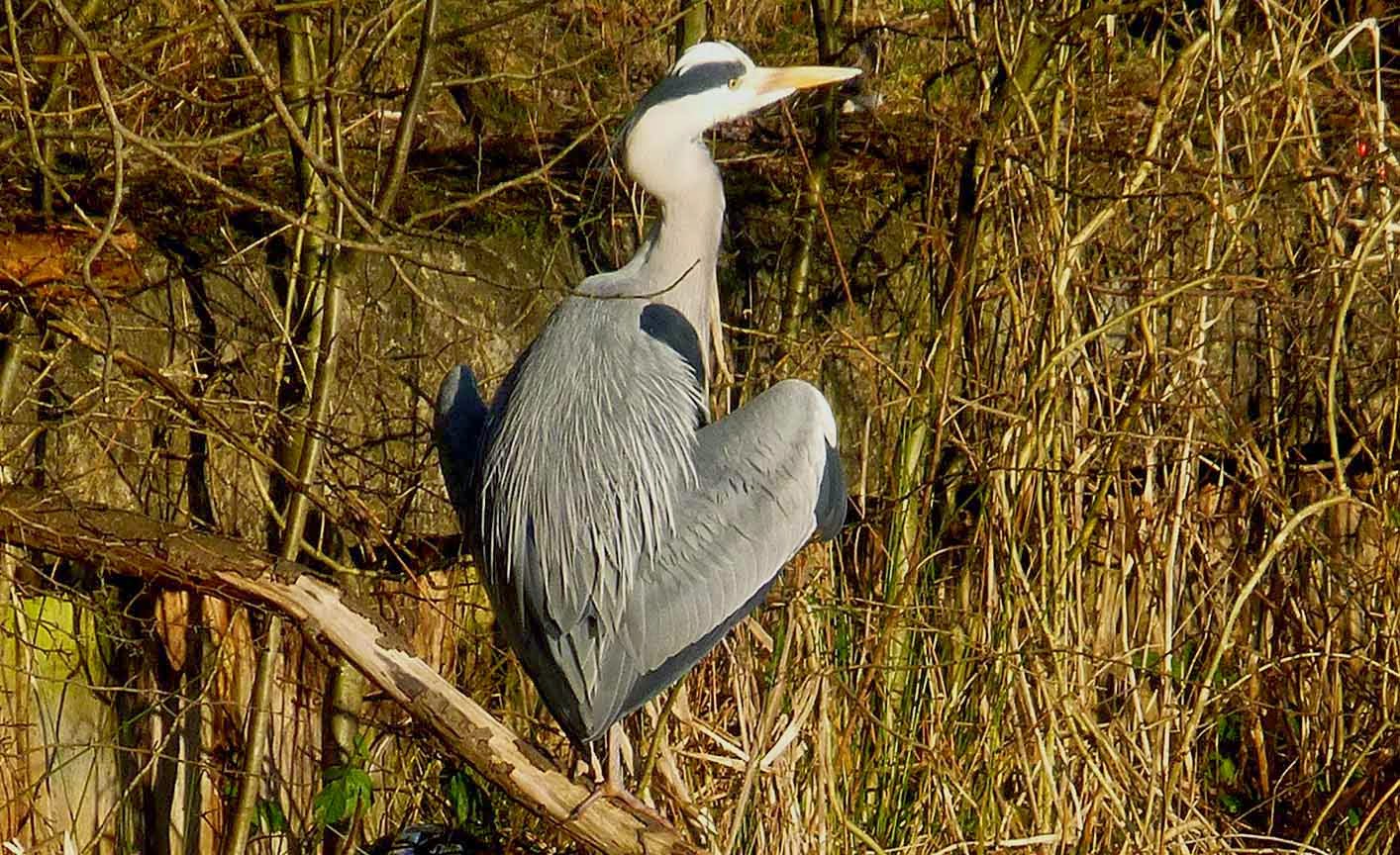 and he also had his spies 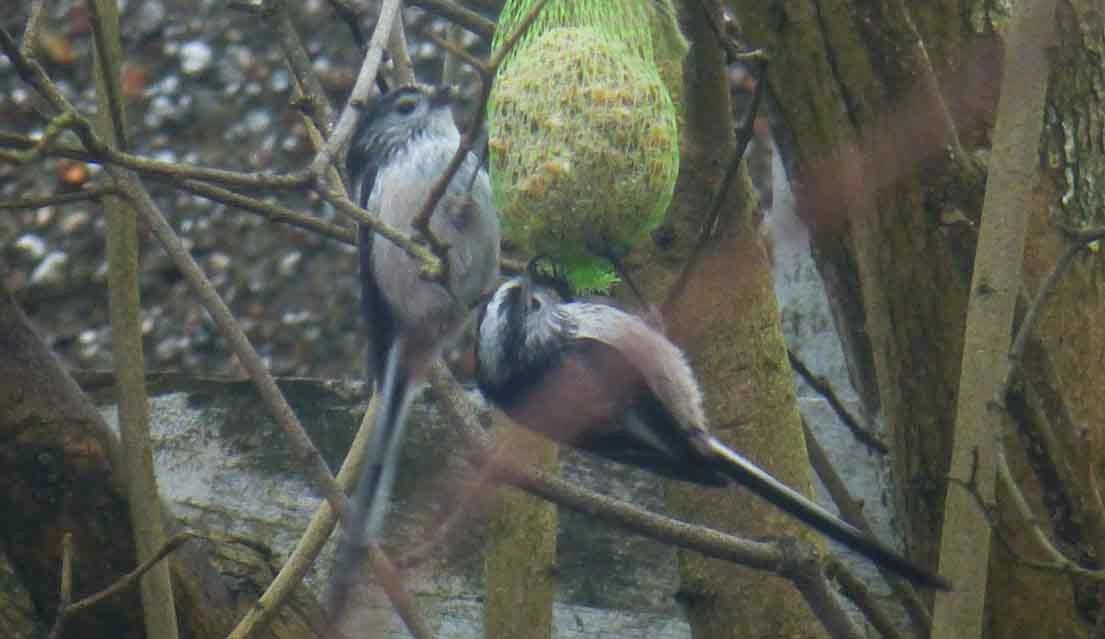 The magical kingdom had towns and villages within it 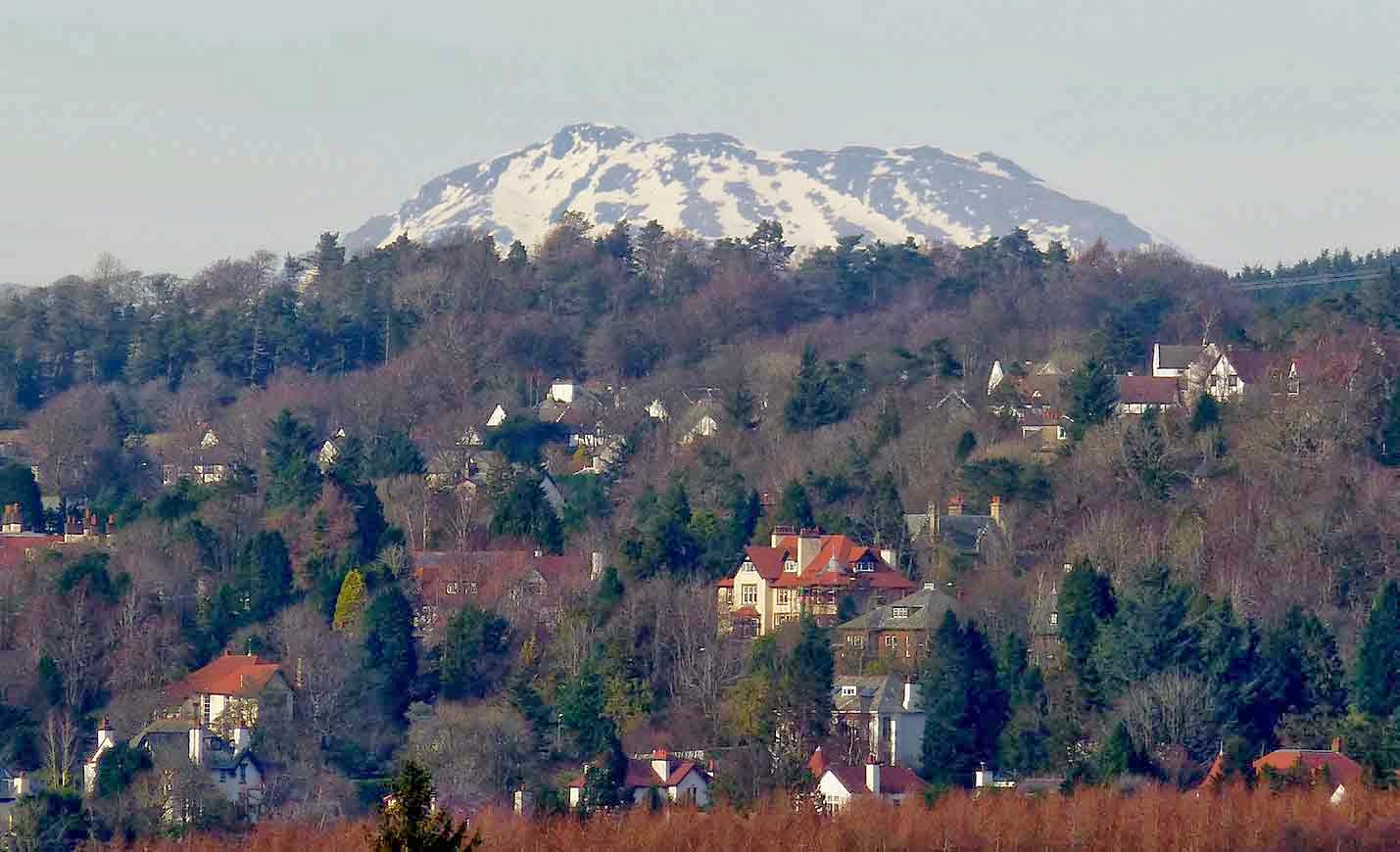 Mine does as well. Ben Lomond seen from Kilmacolm 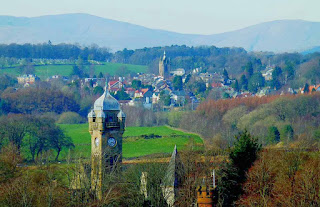 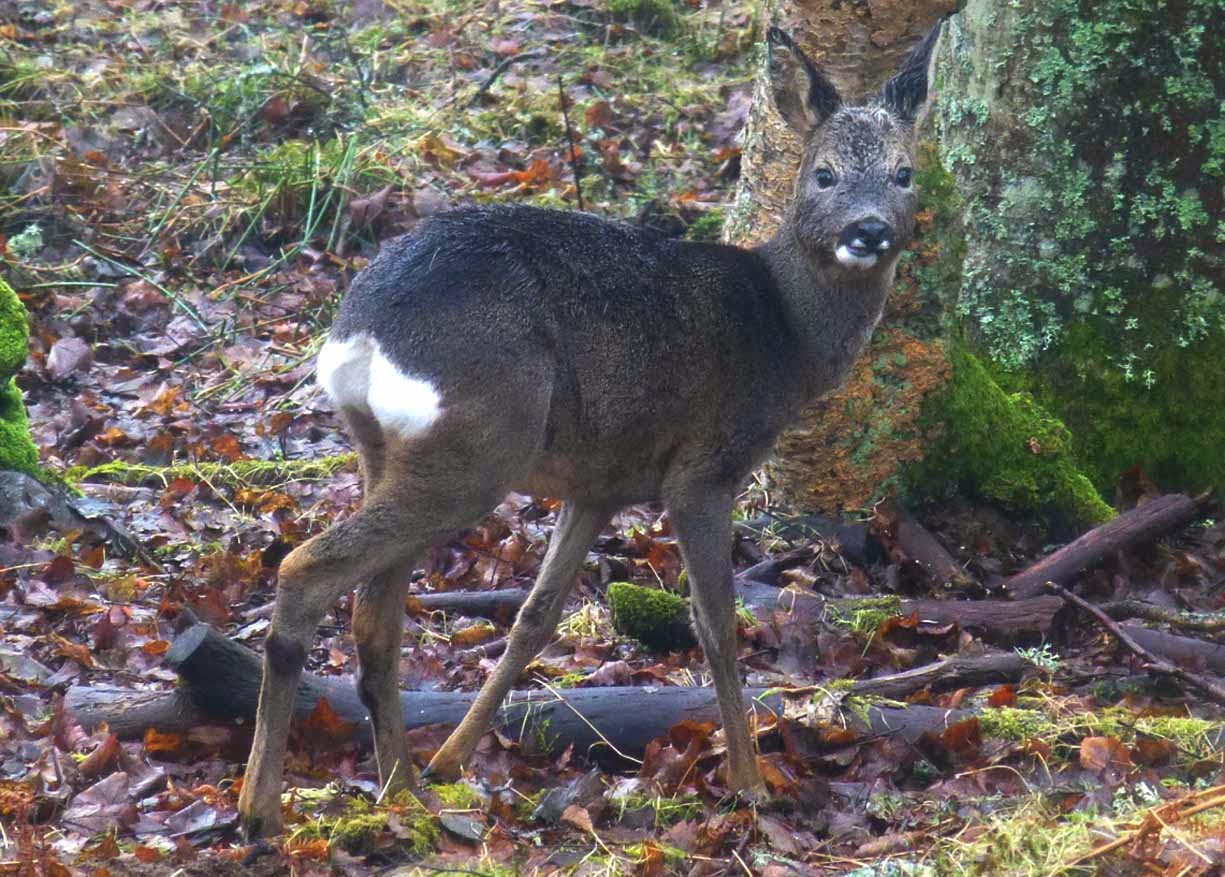 A native of the Quadlings 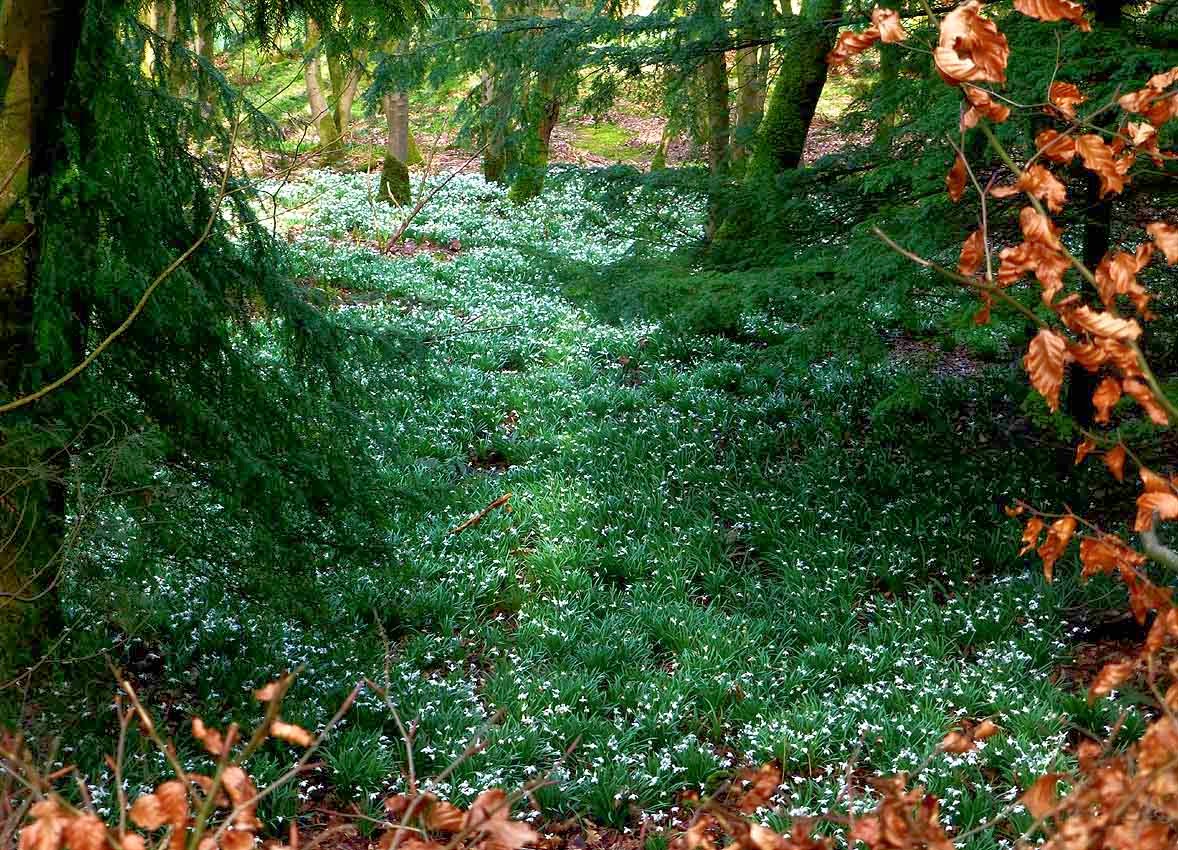 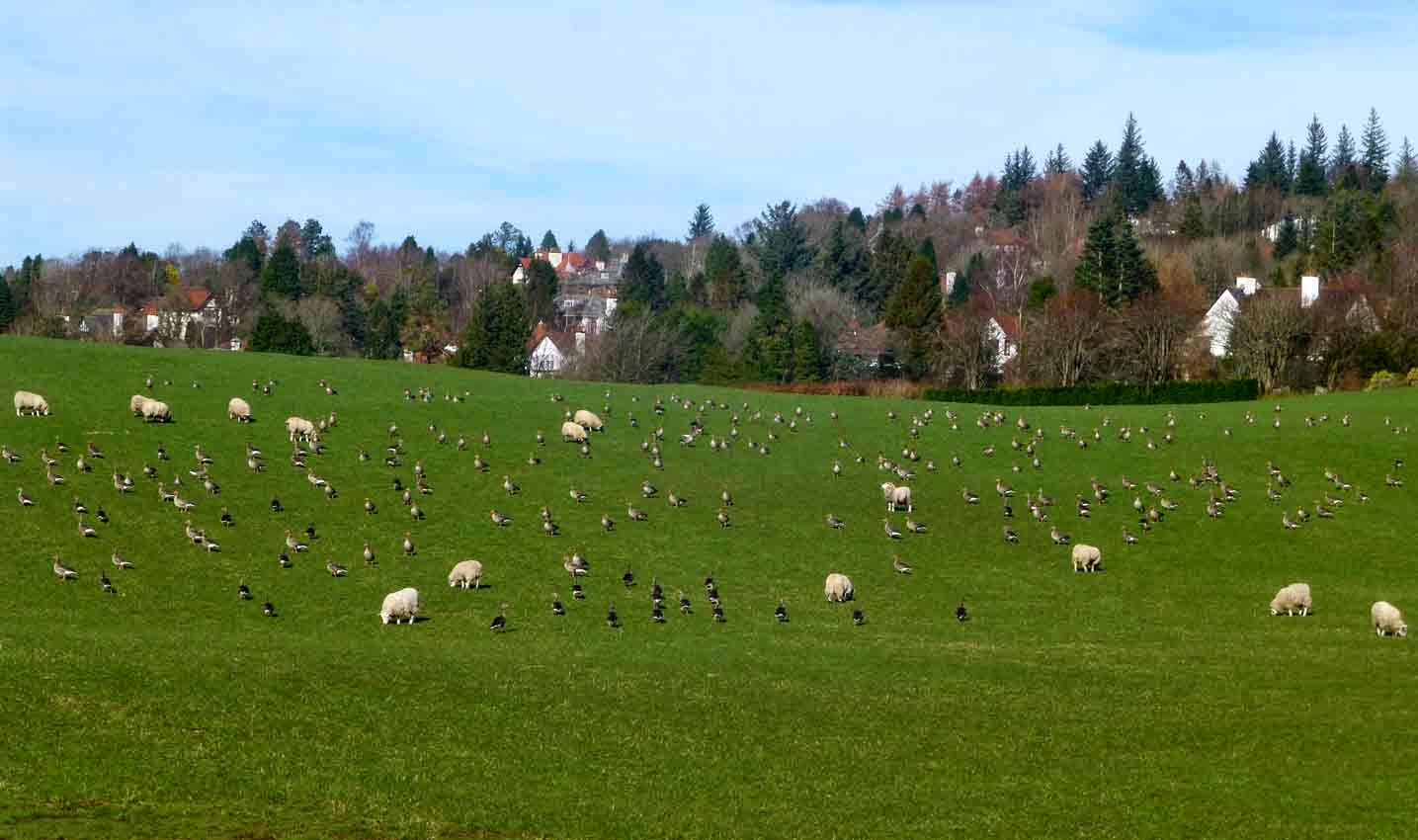 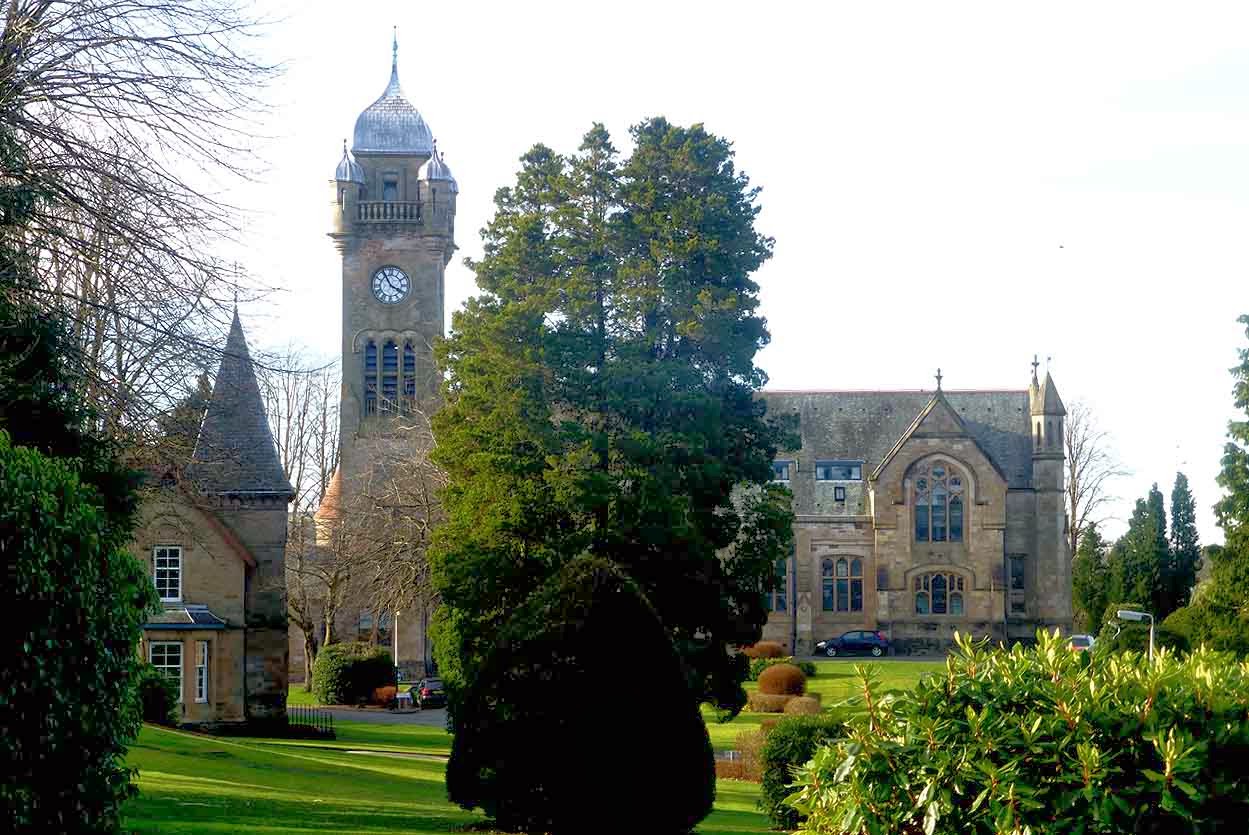 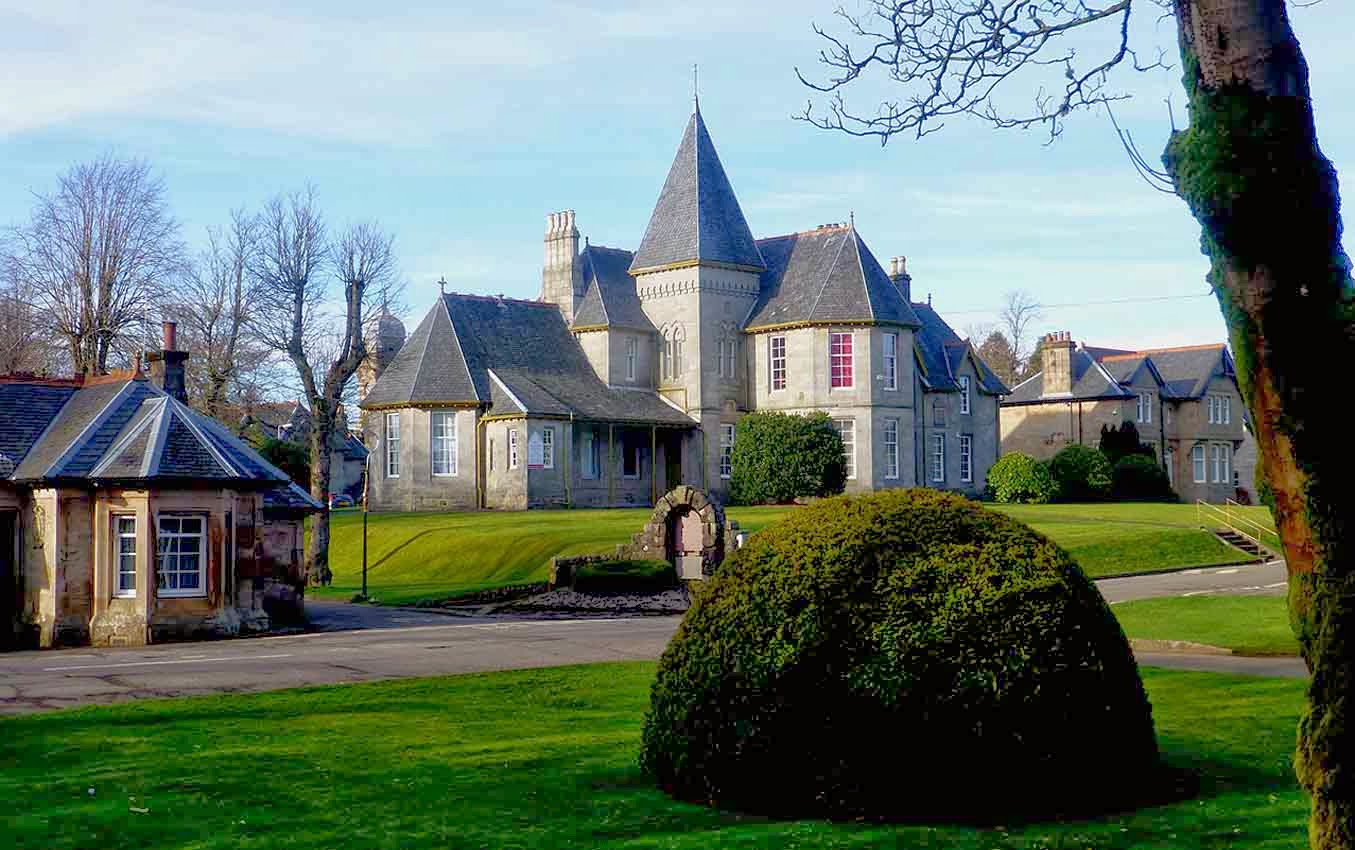 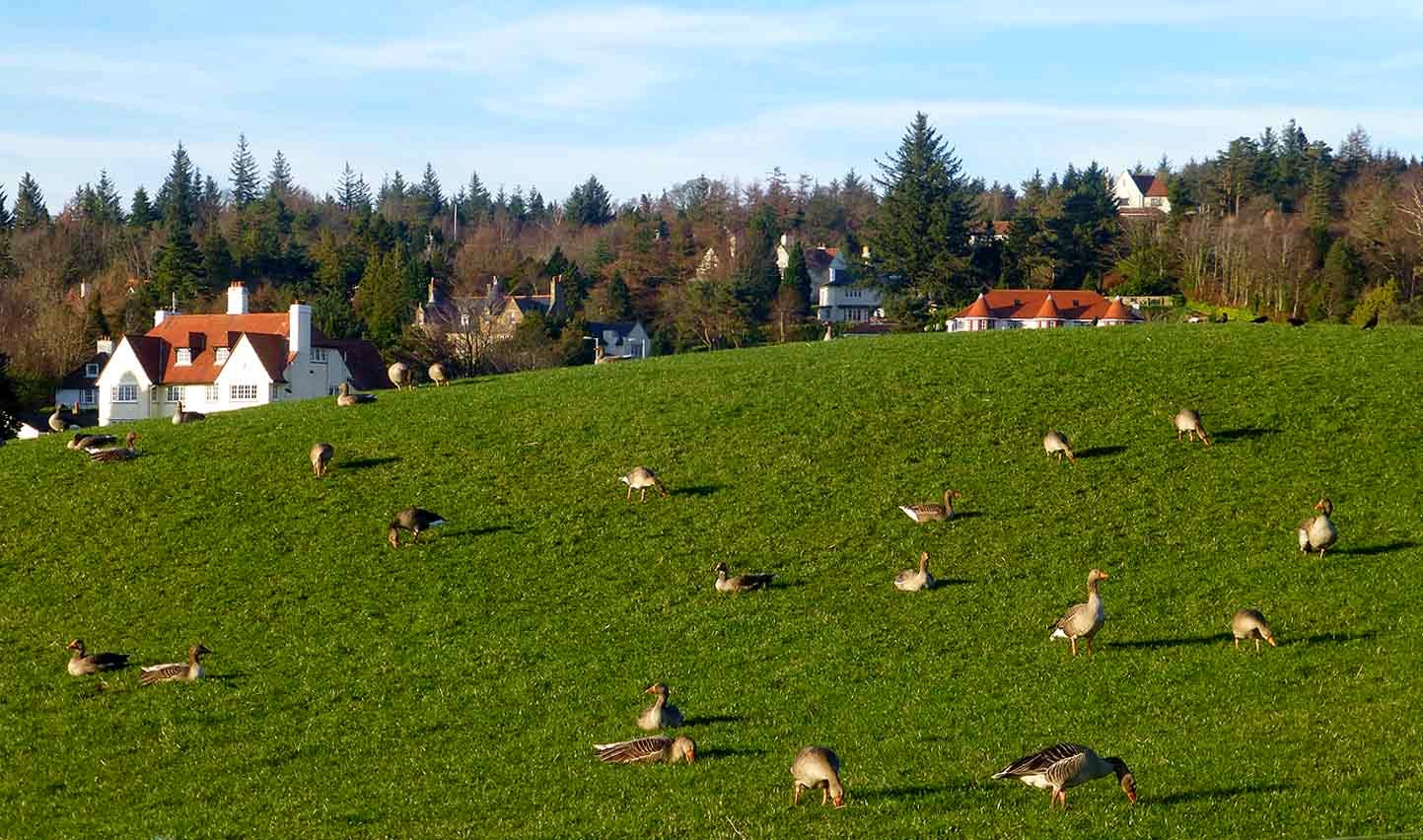 Geese on set having lunch 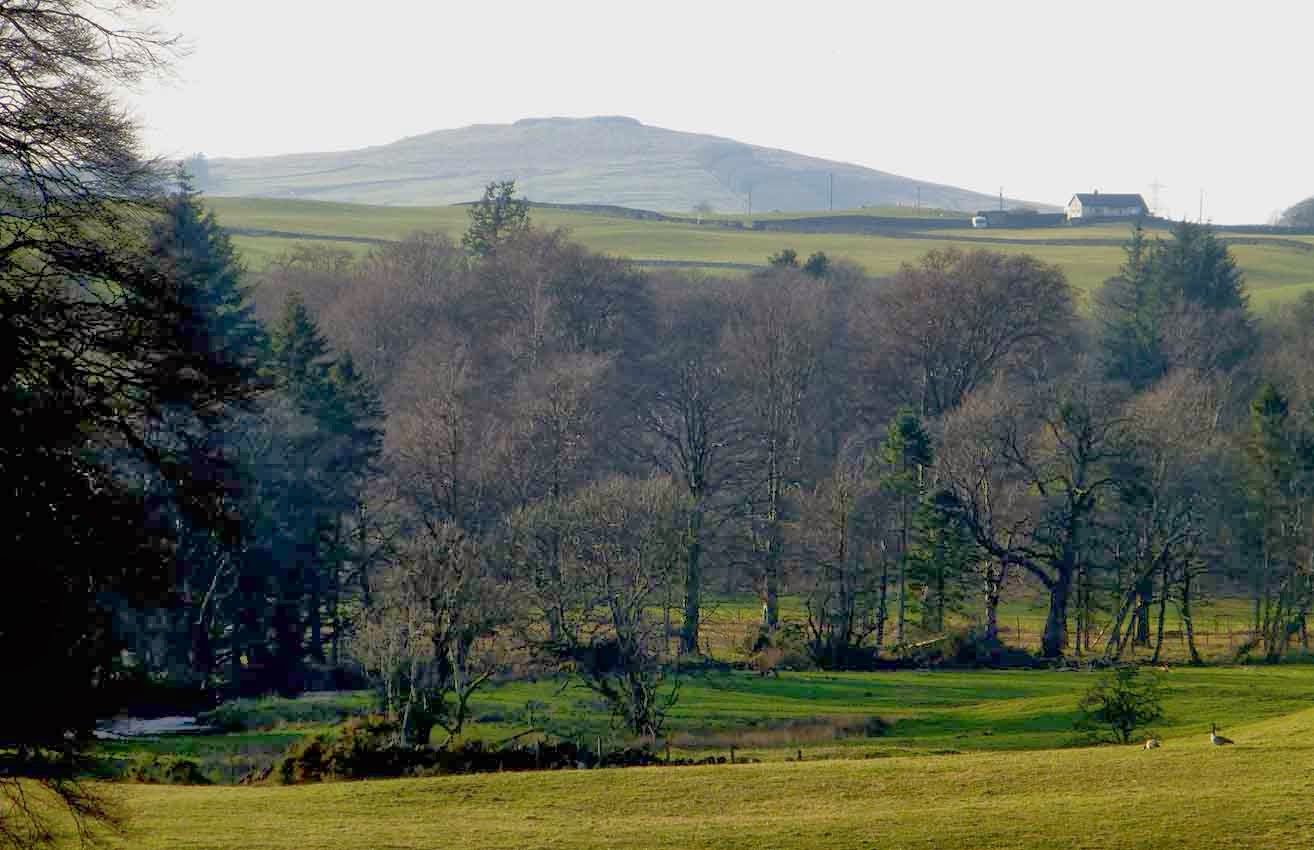 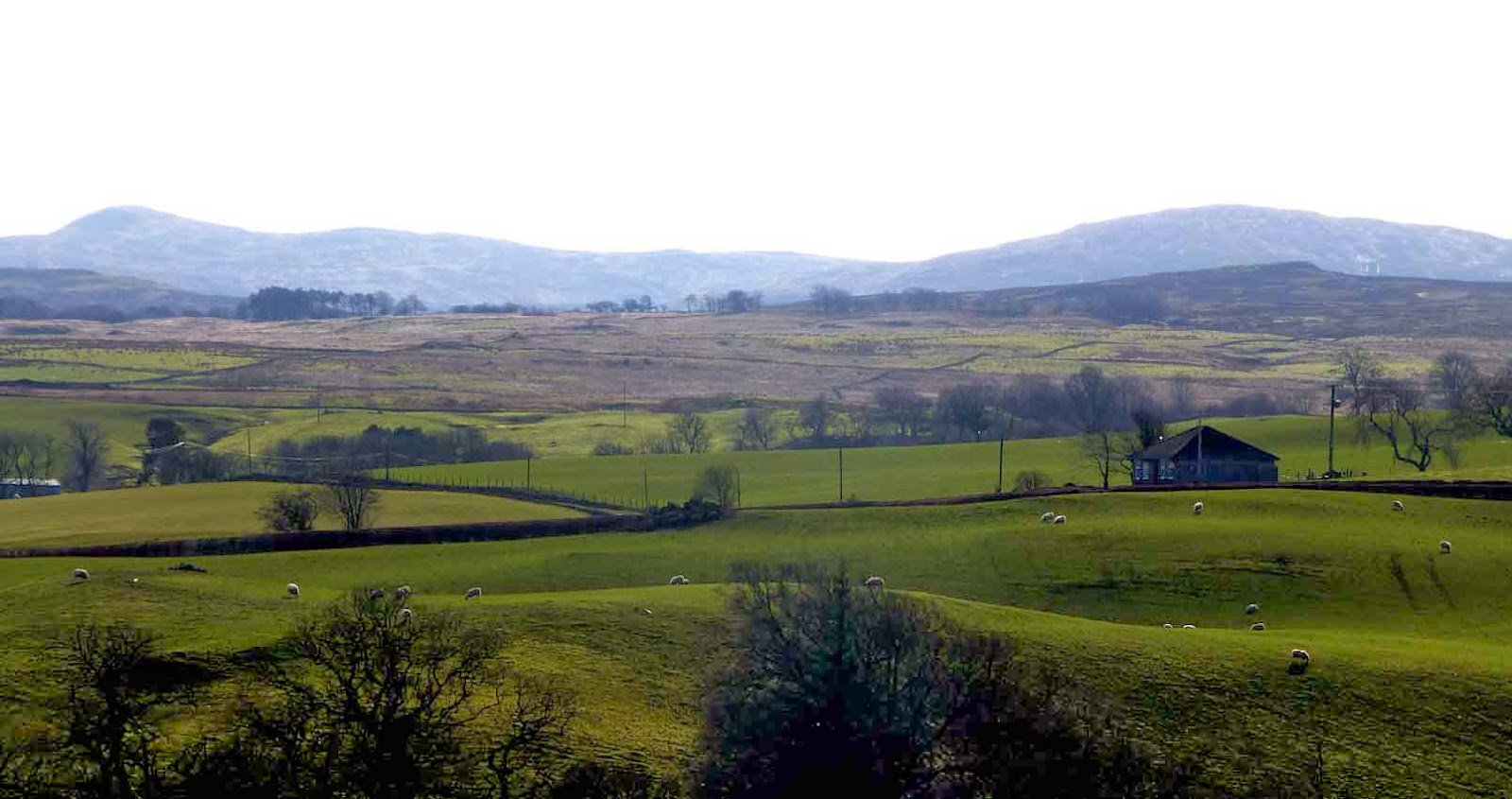 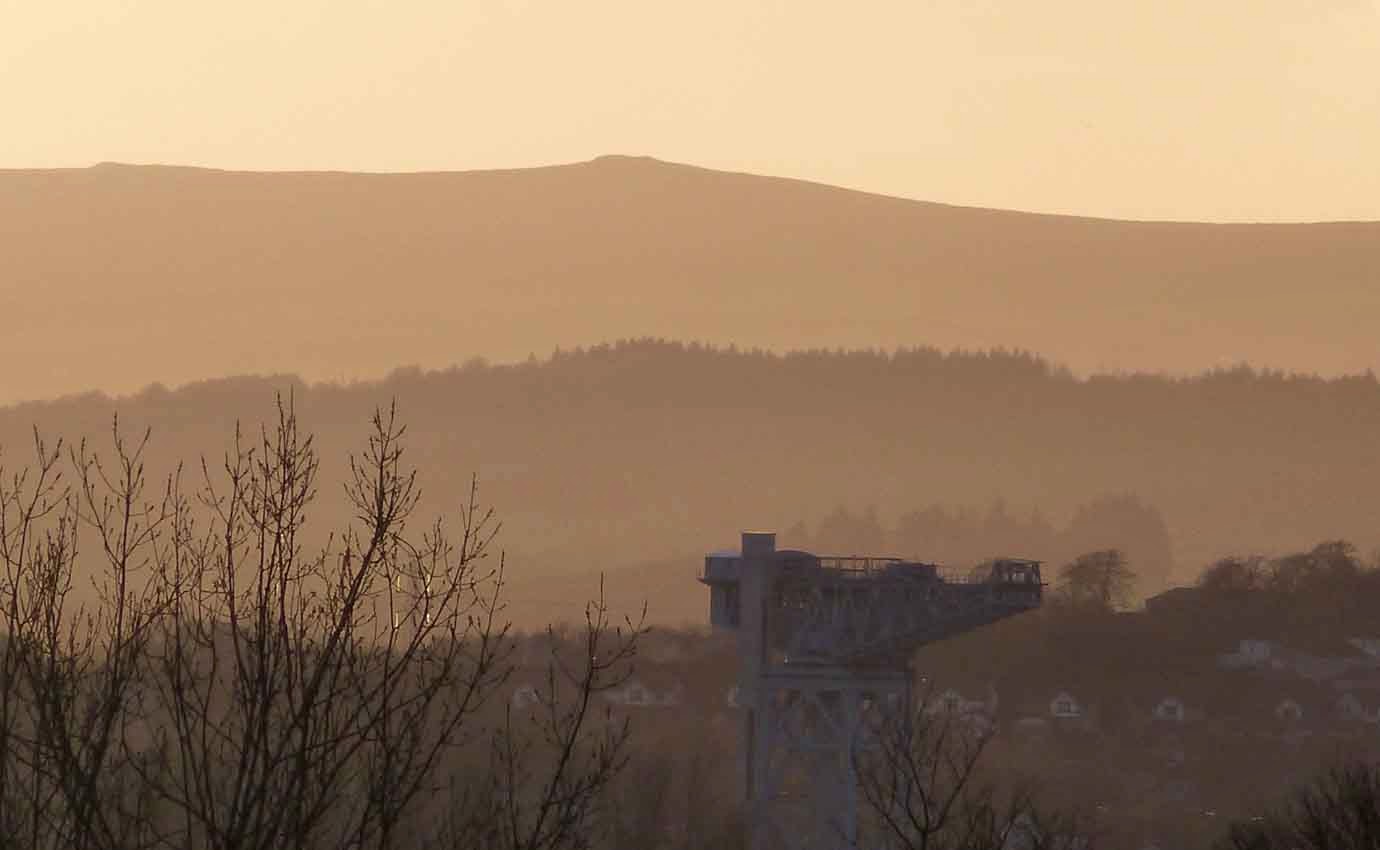 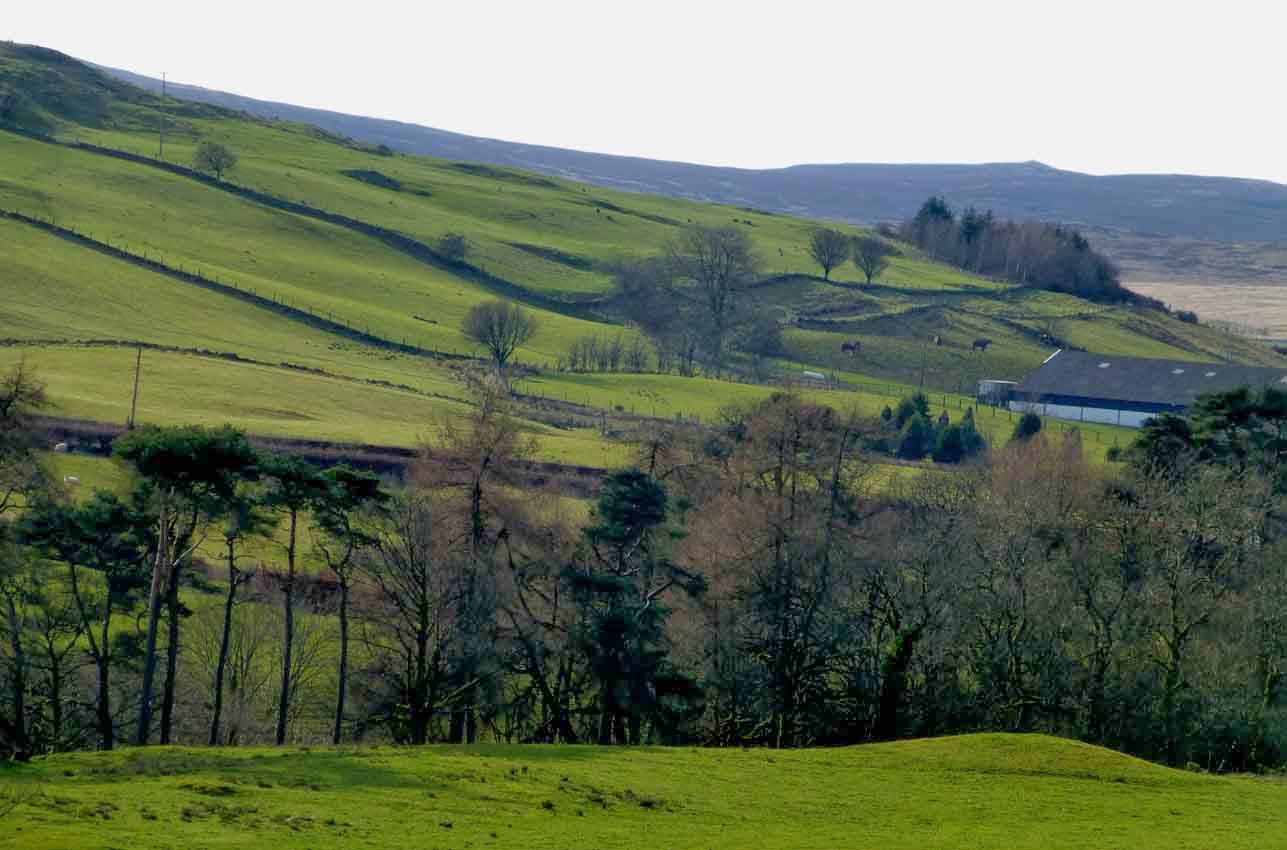 The edge of the settled kingdom before the wild uplands begin 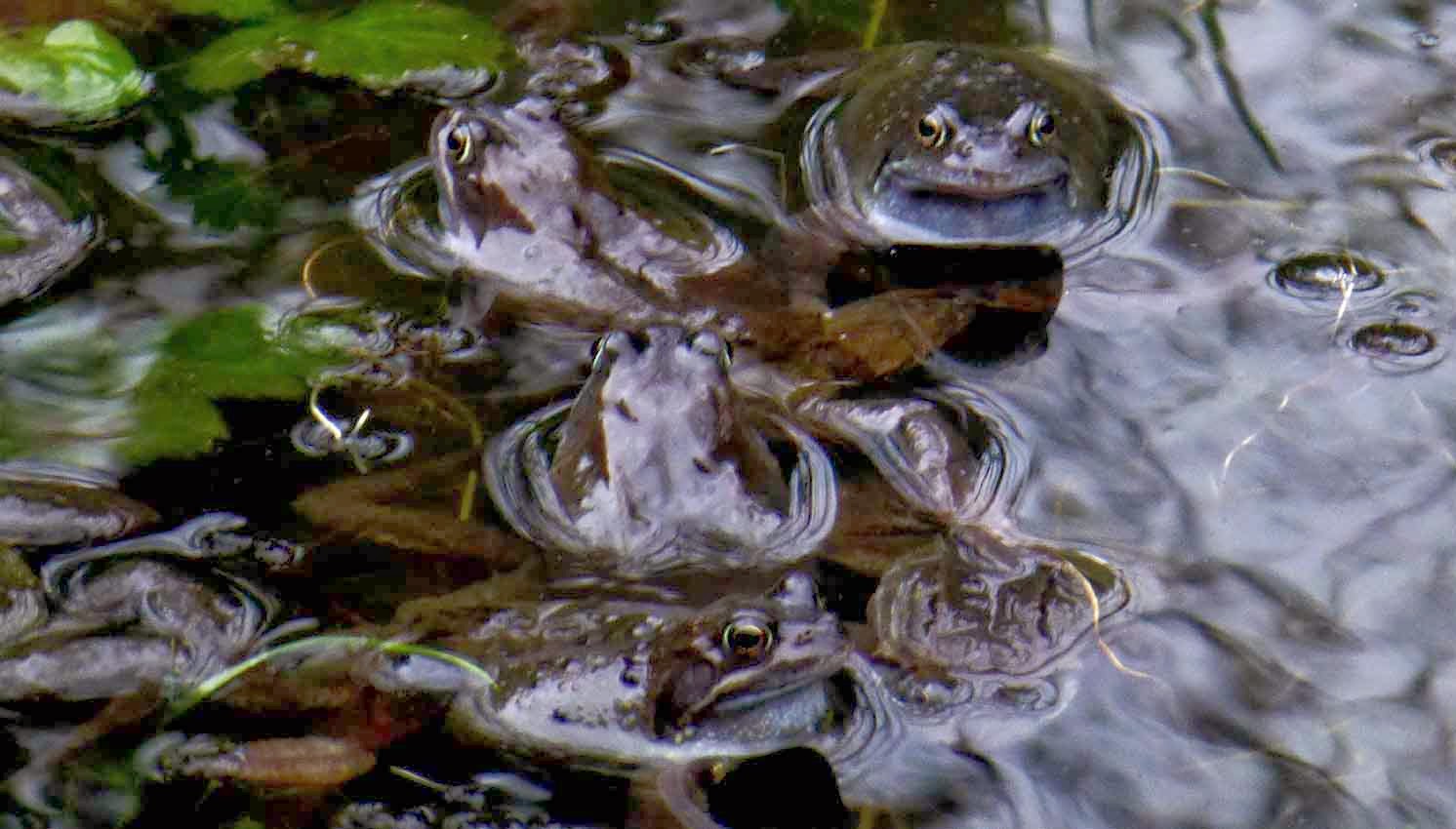 A stargazy pie made by my good friend the witch composed of enchanted Prince's turned into frogs.
Very tasty meal. She's a good cook but I don't like the way she spits out the eyeballs on the floor.
That's not very genteel behaviour with a guest at the table 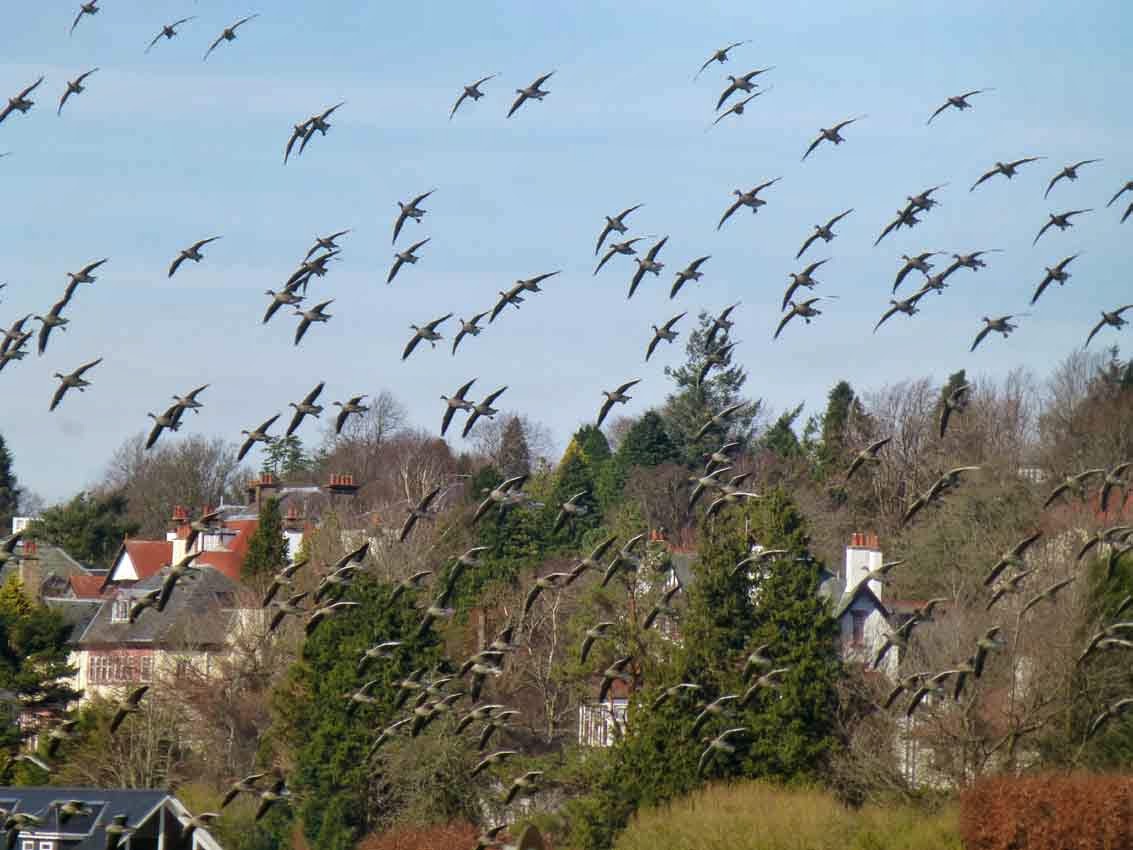 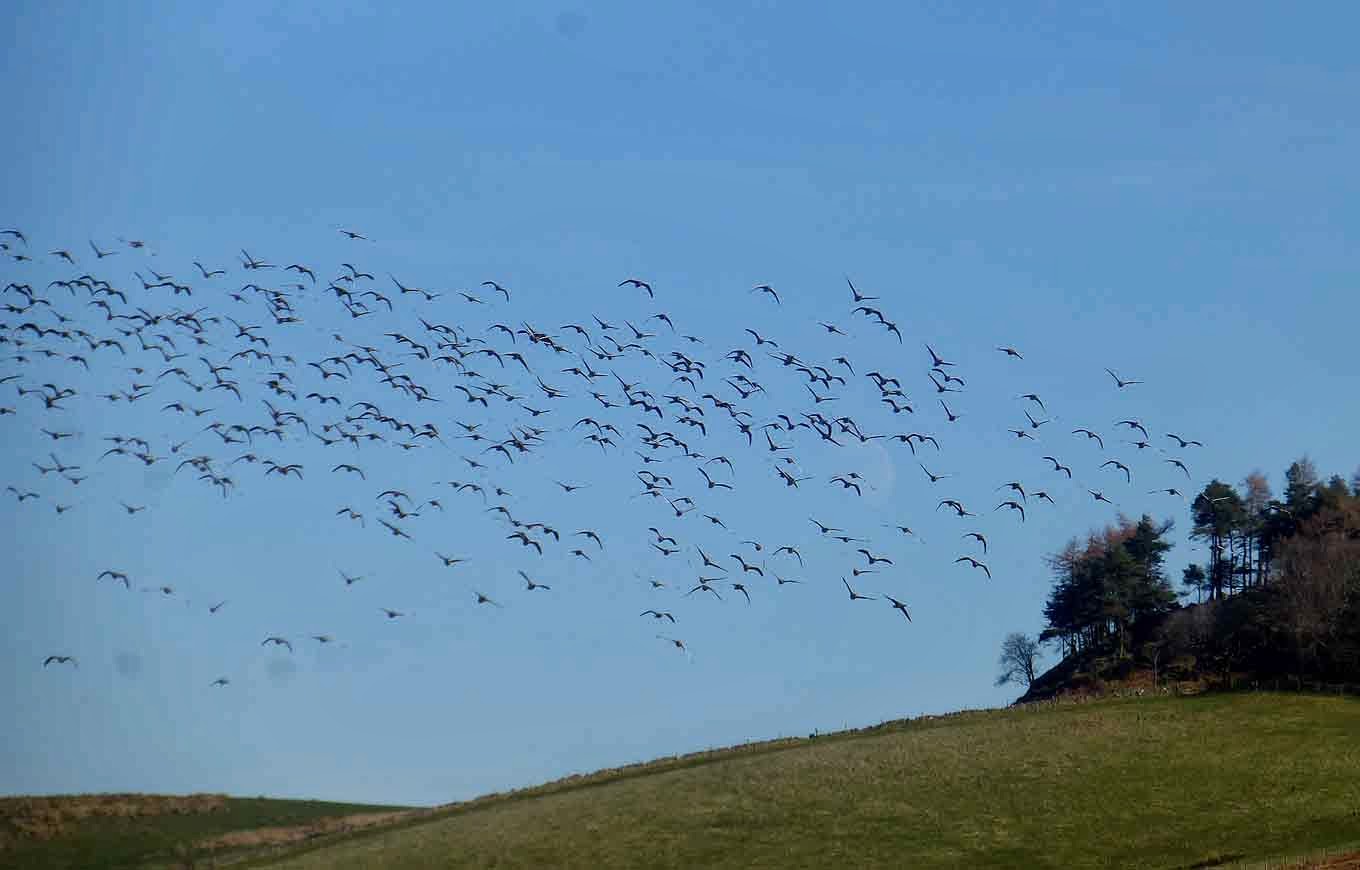 And yet more arrive. my cast of thousands is here 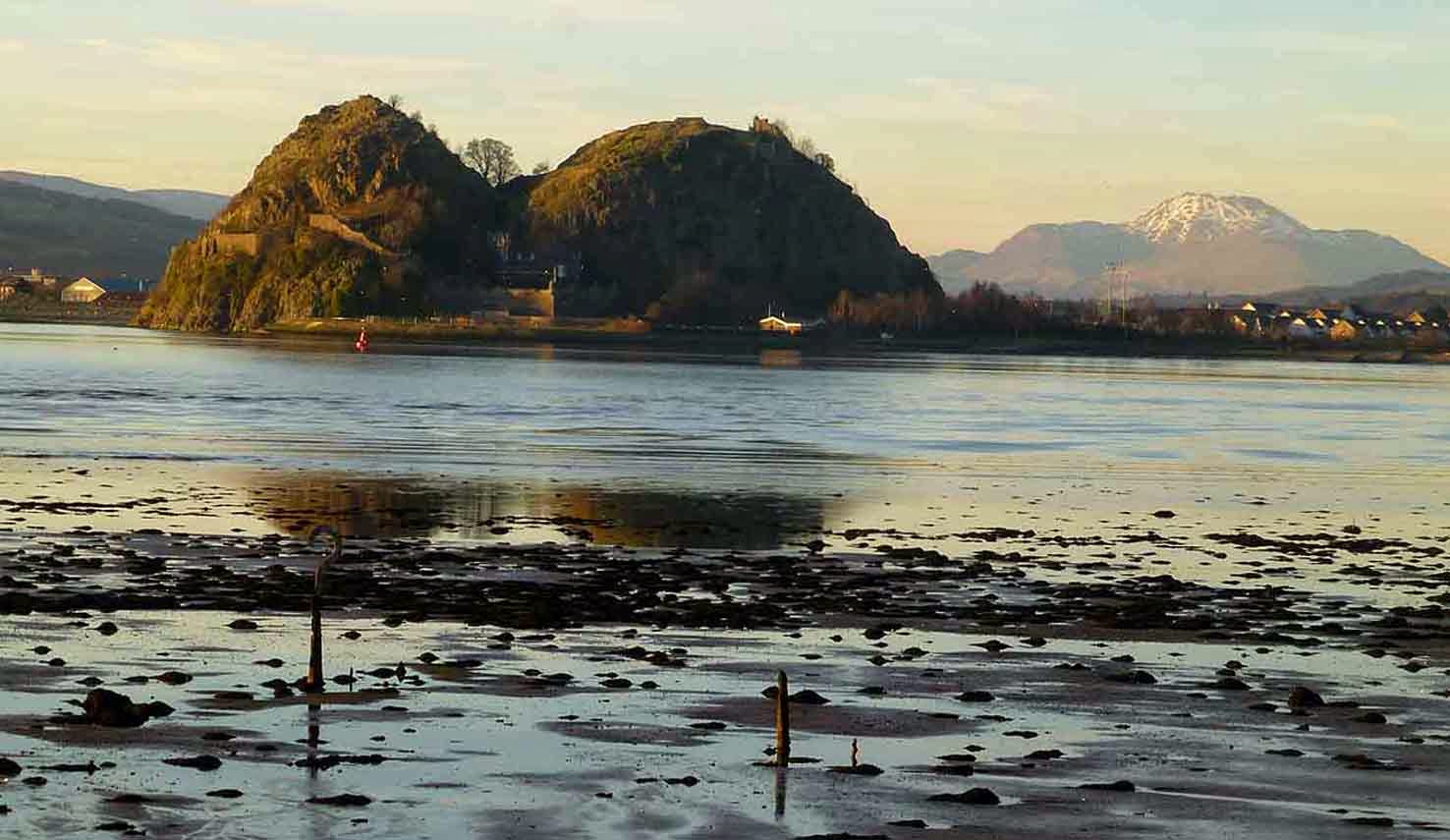 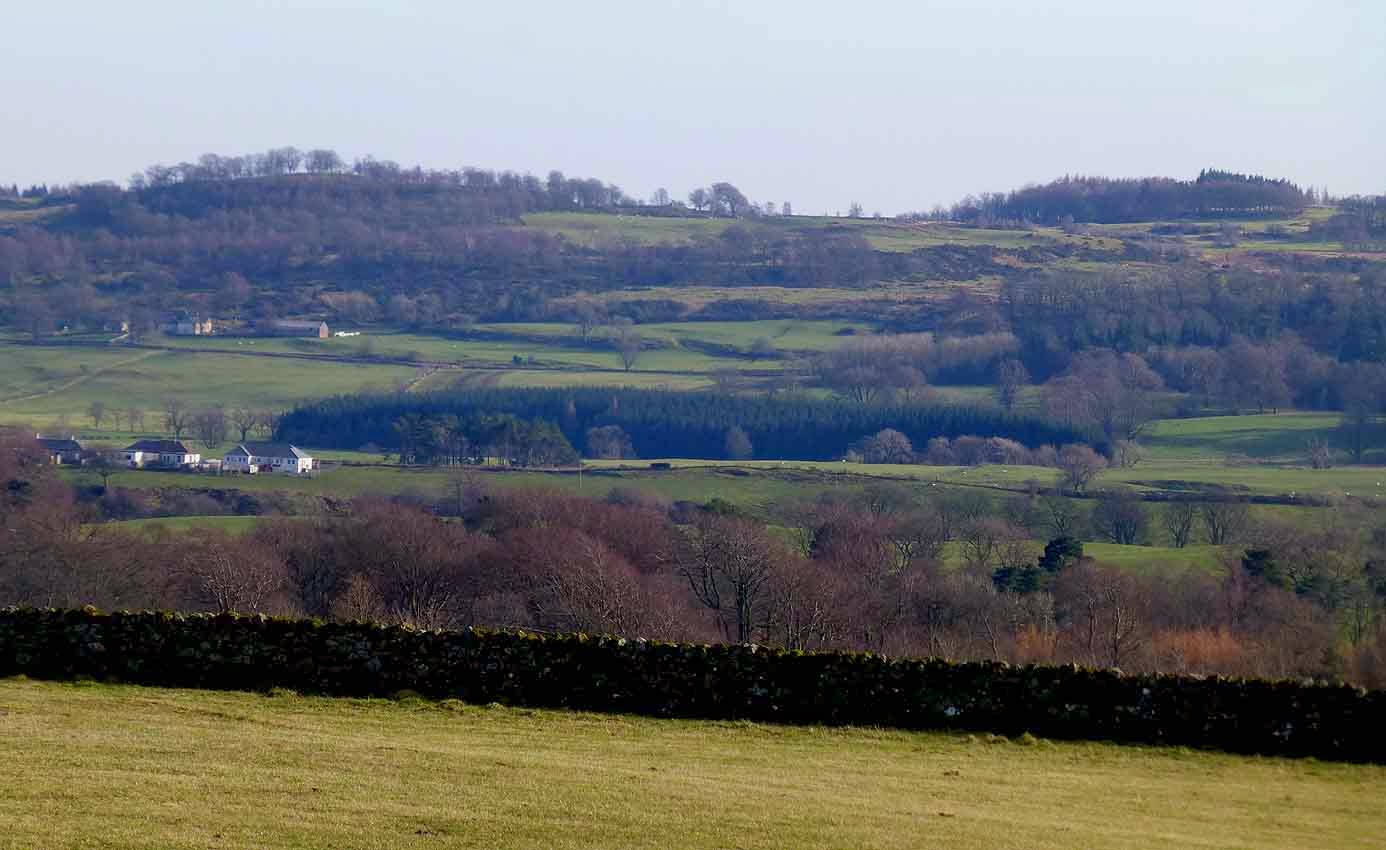 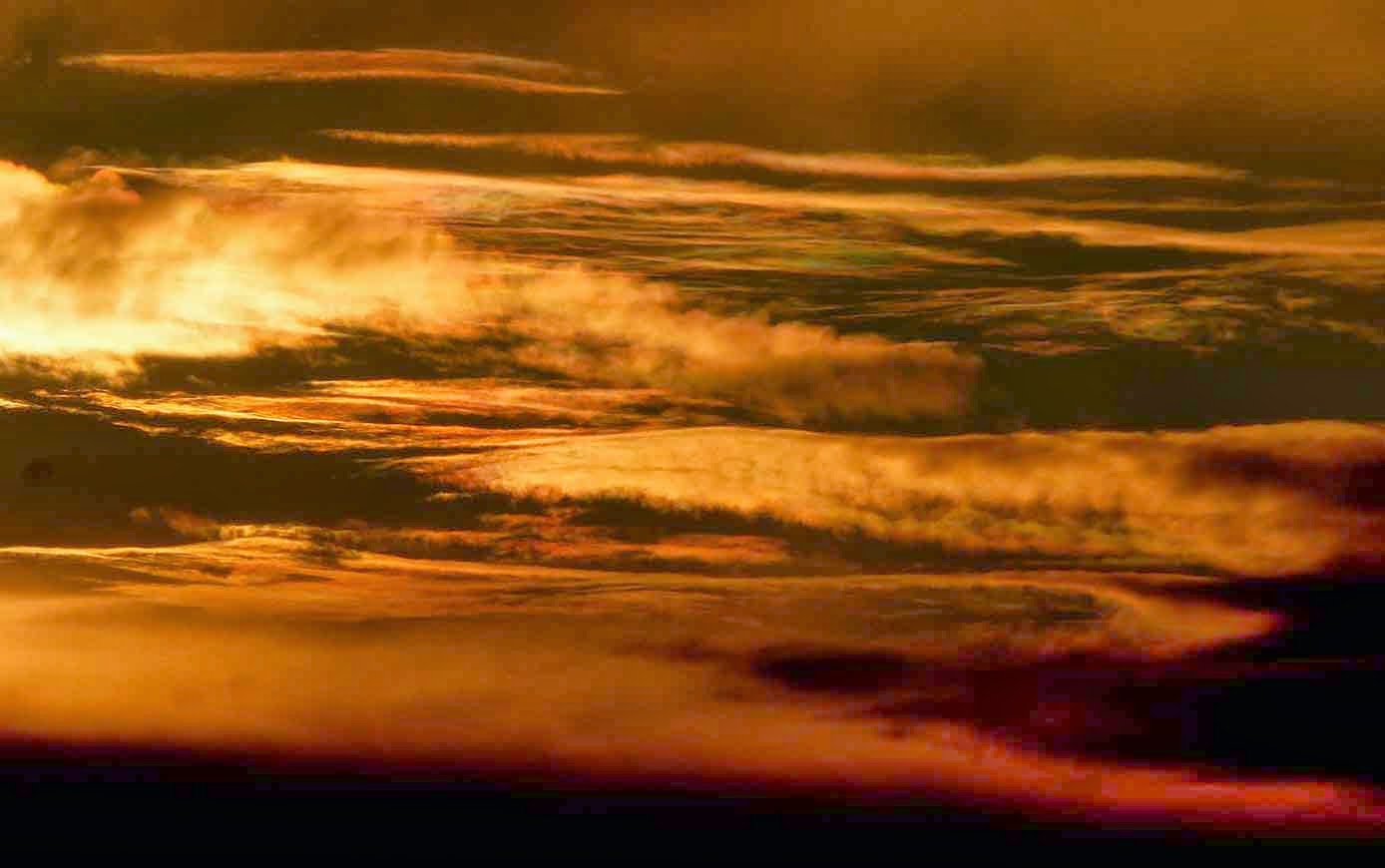 My name is Dorothy Gale and I do live in Oz

As it's a Wizard of Oz theme it's only right to have this song to complement the post. Two great musicians and a ballad that deserves to be up there along with Hey Jude, Maggie May, Hotel California, and all the other timeless classics. Yes it is that good. A modern wonder that should last as long as music is produced. A cautionary tale about the dangers of entering any magic kingdom. As I've not seen this number until now I never realised it was Julia playing the electric guitar
accompaniment as well as piano. Stunning live performance.

Beautiful photos.
Remember "Oz never did give nothing to the tinman that he didn't already have!"

Also, you are correct in all the facts about the Wizard of Oz, the only things I remember reading about it, that Judy Garland was only allowed to eat chicken soup so as to keep her as thin as possible and also, that the little people (the Munchkins) really raised hell on that picture (it is thought they might not ever be all together in a film like that again) and they must have had a ball!

Another great set of pictures Bob.
Talking of Judy Garland, I thought I'd become distantly related to her when she married Mickey Deans. It was only years after that I discovered his real name was Michael DeVinko and from New Jersey. Another tentative connection to Hollywood shattered. Still there's always Lassie.
I always remember my first look at her daughter Liza at the Palladium in the early 60's, I was hooked.Though she's had as much personal problems as her mother, she's survived. The acting profession particularly from a young age seems to have an increased mortality rate.
Must admit I know very little about Angus and Julia, but they're good judging by this video. We'll see more of them no doubt.

Cheers Kay,
Dorothy also said at the end of the film "there's no place like home" which is what I was trying to show. My 4 hour trip had as many wonders in it as Disneyworld round every corner just by luck.
Nature will always surprise you when you least expect it.
The walk on water line concerns the deep water causeway where you can walk along the bed of the River Clyde at extreme low tide if you know where to go.
From what I've read it was club 18 -30 for the Munchkins every weekend for dating each other, knocking back drinks and good times.

Cheers Jim,
Might put a tenuous connection up to Liza M soon in another music video I have in mind.
I've already posted a straight account of the history of Kilmacolm and Quarrier's in the archive so I thought I'd put a slightly different spin on it this time. Got lucky with the Geese arriving just as I did. Must have been a thousand strong once they landed. Some sight.
The frogs are still with me so I'll be a "daddy" to hundreds of tadpoles again soon no doubt.
Wonder what they taste like in an omelette?- they can feed me for a change :o)
That's another line from a well known film
" Build it and they will come"
How true- whether you want them to or not.

Where do you get to see all these stunning sunsets - I haven't seen a decent one for ages now! :-(

Didn't realise so many people got so badly injured during the making of The Wizard of Oz! :-o How awful.

Superb shot of the heron!
Carol.

Hi Carol,
I buy them in bulk from Spectacular Scottish Sunsets.com. I told you my life was a fantasy.
Truth is I always watch what the weather is doing and if I think it's going to be a good sunset I head for the nearest high point if I'm out at dusk. I always carry a camera with me everywhere, even if I'm just shopping or driving home. Luckily I'm surrounded by drumlins, all with good views, five minutes away.

LOL to buying the sunset shots! I'm often caught out without my camera but I suppose that's what happens when I have such a huge, heavy and bulky thing to carry around! I sometimes think I should take it into work with me as I often see nice things walking to and from there.
Carol.

Hi Carol,
That's why I like my pocket version. A quality camera is better for sharp pictures but I could never creep up on animals with it, set and ready to capture them before they see me, or have it ready for an immediate action shot if I pass anything interesting cycling. Also I have it clipped onto my belt usually so I don't have to open my rucksack all the time which would really annoy me.
For that reason I would always choose a pocket version over a larger model although I know you like yours.