Rainbow Collective.Cycling in Glasgow in Springtime.. 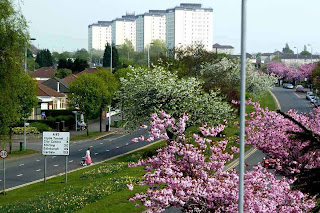 Although I look for good weather during the entire year my favourite time has always been Spring
Here,s a collection of photographs that will hopefully show why.Its such an unpredictable affair these days.
This year,due to a warm spell in late march,half the cherry blossom exploded out then but the other half waited until now.Even trees a short distance from each other had different flowering periods.Weird. 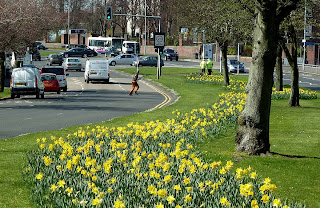 I live near Great Western road and for me in Spring its as good as any park with its miles of Daffodils down the central green strip From Old Kilpatrick To Anniesland and its stunning collection of flowering trees.
Its the real yellow brick road brought to life by  creative town planners many years ago,as if everyone of them had been forced to watch that Iconic Judy Garland film just before meetings.
I,ve been listening to a  modern song of the same name recently by Angus and Julia Stone which gave me the idea for this post.
Basically its a collection of Cycling pictures over spring showing what a Technicolour explosion it is for the senses.If it were only that easy though. 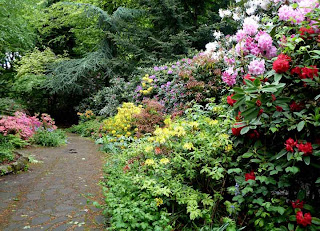 Spring some years is such a fleeting affair,all but ruined by bad weather and if you are working and only get weekends off it might only allow you a few precious days each year to capture it fully. 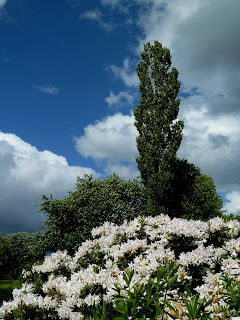 I love cycling round the parks as you can capture far more over a greater distance.This is Knightswood Park,a lesser known but delightful area  and a good walk when combined with the  Nearby Forth and Clyde Canal then Trinley Brae,a low hill with great views. 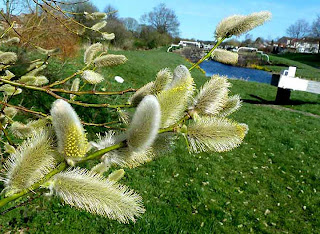 In spring ,after a wet drab winter this place comes alive again,year round dog walkers being joined by cyclists and families out for a stroll. 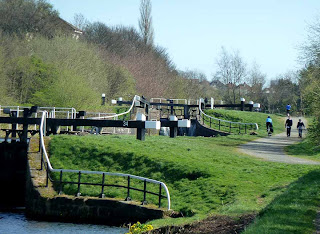 I once cycled all the way along it to the East Coast and the Carron sea lochs and back one Spring.66 miles there and back and a lot of lock gates.Its the time of year you just do things like that.Not only trees feel the sap rising and buds bursting out at this time of year all living things just feel special  in spring.The time to shine in a land of magical colour. 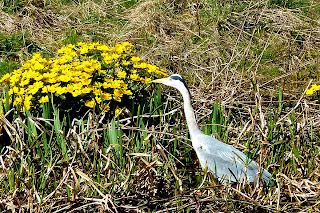 Heron on the Canal. 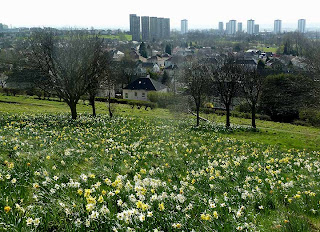 The view from Trinley Brae,a little known but favourite place of mine with great views over to the  Barrhead Braes and the Kilpatricks.
Even  bare walls in gardens explode in a splash of colour as folk celebrate what they can grow again with just a little water and sunshine after those  dull  soggy months just past. 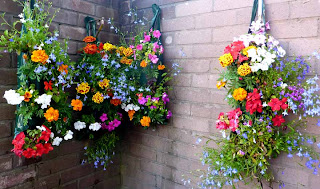 Even a few hours canter along a green ribbon brings a feeling of contentment. 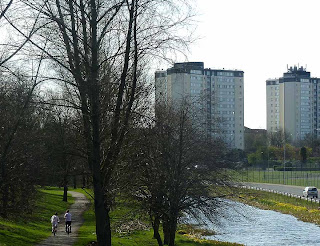 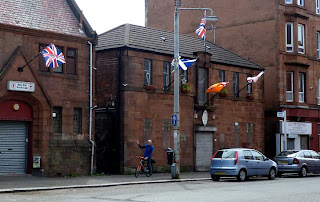 Last spring I think it was I persuaded Alex to Join me on a grand cycle tour round Glasgow.Visited Rangers heartland of Ibrox,Kinning Park and Plantation.... 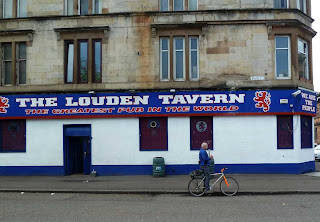 Took in the Parks with Bellahouston and its wonderful views.Alex,s bike and jacket just blending in here  above perfectly with the backdrop...though he didnt intend to as only I knew the route beforehand. 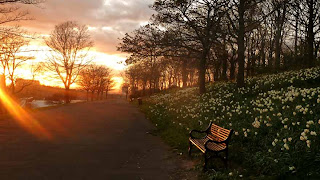 Laid on spectacular entertainment for him of the highest order.This is the very last rays of golden spring sunset hitting the summit slopes of Bellahouston.Park.A spur of the moment solo walk coming back from Mosspark one evening last week.Ahem...Alex was not around that time I think I should add.Only myself and one of the best sunsets of this year yet.The view from here is beautiful.In the middle of a large city and all you see is miles of trees,a few houses on hilltops and green rolling downs stretching to the far horizon.How can you hide half a city so well? So many wonders on one easy bike trip. 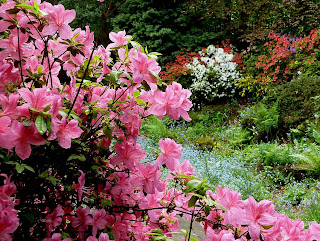 Visited parks that looked as if 30 different giant buckets of paint had dropped on them at one time... 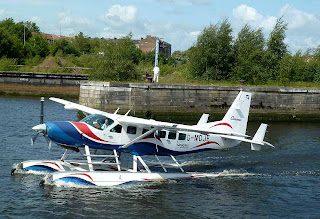 Watched the Sea plane  landing right in front of us on the Clyde before mooring  in Govan Basin.Interesting photo this though I didn,t intend it to be a social commentary when I took it.The  lifestyle of the rich punters in Glasgow gliding past only feet away from the urban poor,a gang of unemployed young men passing the long hours by the looks of it on the Govan side.I suppose we are somewhere in the middle of this picture.Fairly Mobile but fairly poor as well.
Every country in the world has that contrast  between two worlds that rarely meet and have little in common apart from their basic humanity towards other living things. 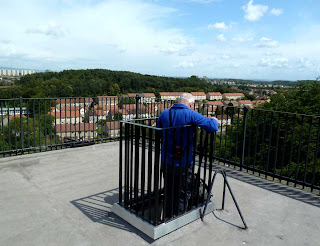 Even a trip to visit Crookston Castle and its stunning,surprisingly green roof top views over the city,just miles of woods and fields below despite being in the middle of an urban area and in the middle of the largest housing scheme in Glasgow....Pulled out all the stops so I did... 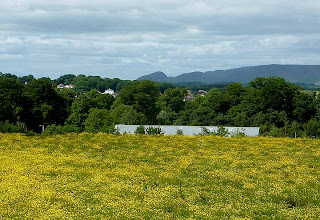 After a good day...from my point of view...with oodles of interest and  more colour than an impressionists paintbrush I awaited his verdict on the outing.
"Well its OK I suppose .... But Its not mountains is it?" There,s nothing for me to do here is there?


Which is why I cycle alone now :)
By the way its Bluesky congratulation,s time.This makes 200 posts so far I see.
Yippee.
Posted by blueskyscotland at 12:30